Rivers of the World (ROW) Foundation 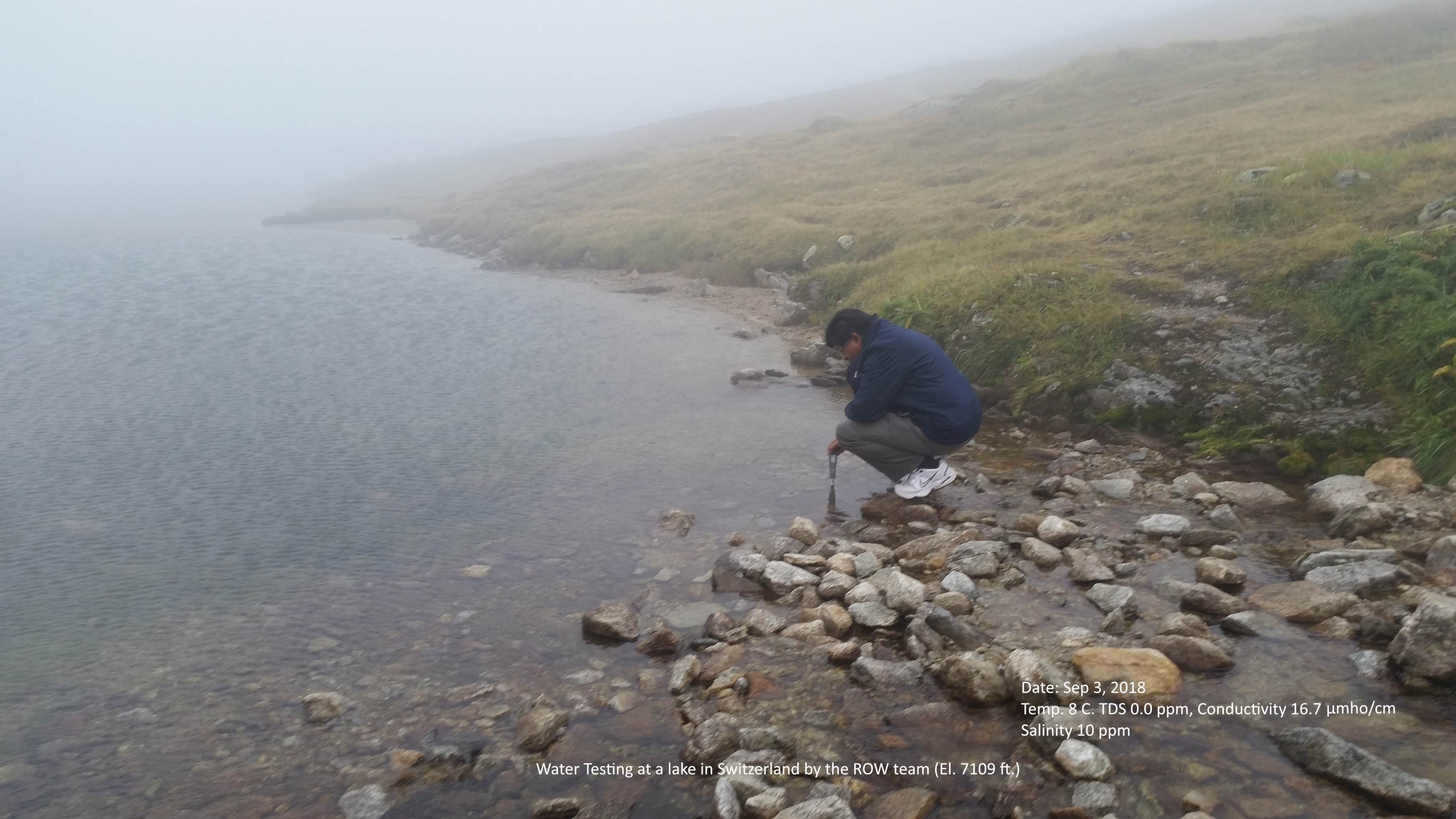 Rivers of the World Foundation is a logical outgrowth of decades of persuasion to revive the life and spirits of the Yamuna River. Urban and suburban cities in India generate a large volume of wastewater. Most of this wastewater is discharged to streams and rivers without appropriate treatment. Often the cost of wastewater treatment is prohibitive for these cities and municipalities. To address this issue, Subijoy Dutta studied the use of various low-cost biological treatment systems for several years since the onset of his Yamuna River Cleanup Effort in 1992. Reading an article about the death of 1700 people in 1987 due to cholera outbreak from drinking the Yamuna water lead to this persuasion. This volunteer project was initiated by Dutta. A few other scientists and engineers, such as Dennis Haag, Dr. Matthew Perry, Dr. William Roper and others joined him in years to follow. To that end, a demonstration scale system was developed in 2003/2004. This design for a small community system at the Jawaharlal Nehru Technological University has been modified later to meet the treatment needs of highly polluted discharges flowing into the Yamuna River near Delhi through the Barapullah and the Kotlah Drains. Question on Water Quality lead to a number of other related issues posed by the author. While visiting with people living in the banks of the Yamuna and other rivers their cry and issues have been shared and reverberated. The issues were enormous.

The cry of the people living on the banks of Yamuna river bounced by the hard concrete wall, over and over again, lead this group of scientists to move on to other Rivers in India and other parts of the World resulting in the formation of Rivers of the World (ROW) Foundation in 2009. Active assistance is provided by ROW Foundation in Philippines, China, and Nepal, other than India. Some of the remediation steps suggested by the team along with other experts from ROW Foundation, for the Marikina River, Iloilo River (Philippines), and Yamuna River (Gau Ghat area) were diligently followed, which has resulted in improvement in River water quality and local ecology and environment. We are working on controlling Environmental Pollution and preserving the natural environment is our prime objective.

We'd love to have your support in this effort.

The primary objective of the Rivers of the World (ROW) Foundation is to make all efforts to cleanup highly polluted Rivers in US, India, SE Asia, S. America, Africa, Europe, and Other Parts of the World.

Some of our major tenets: 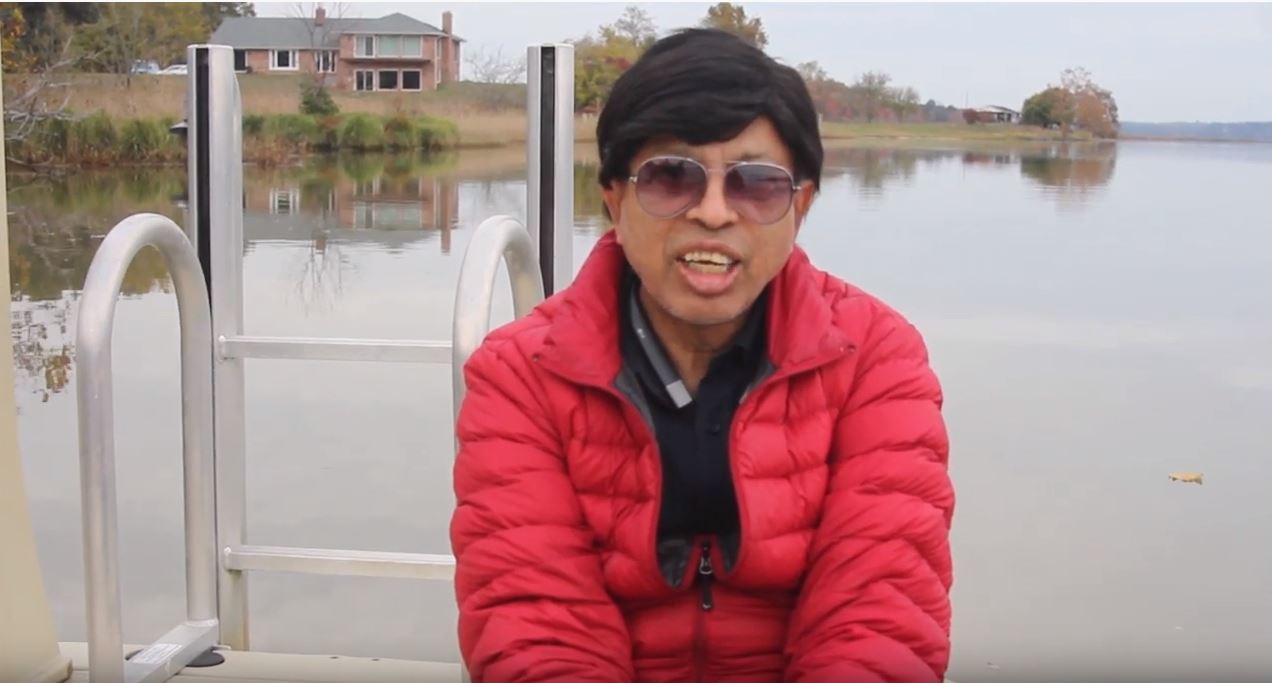 A Short Video - - Water Testing of the Patuxent River, Maryland 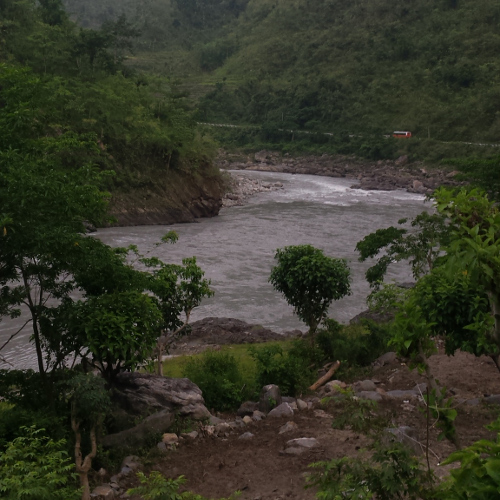 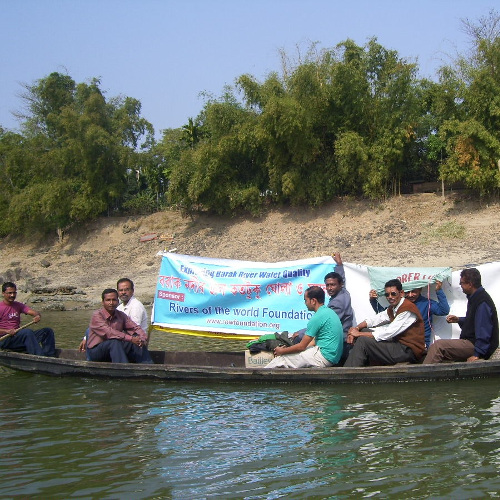 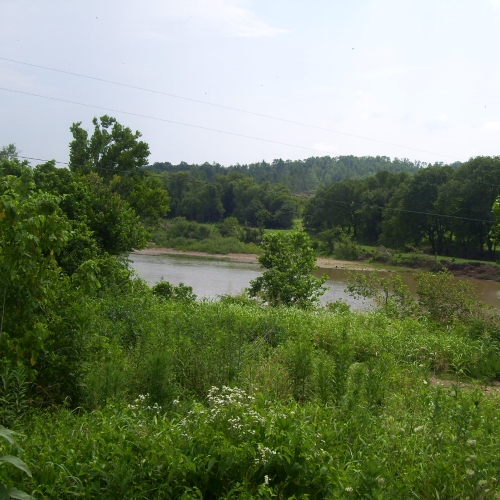 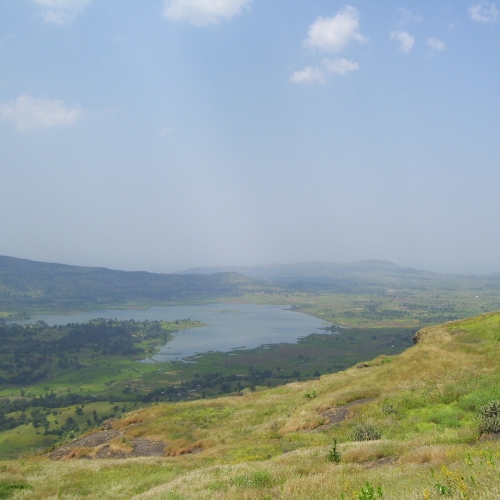 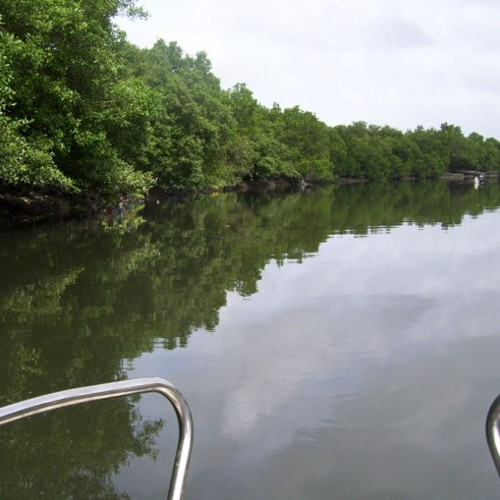 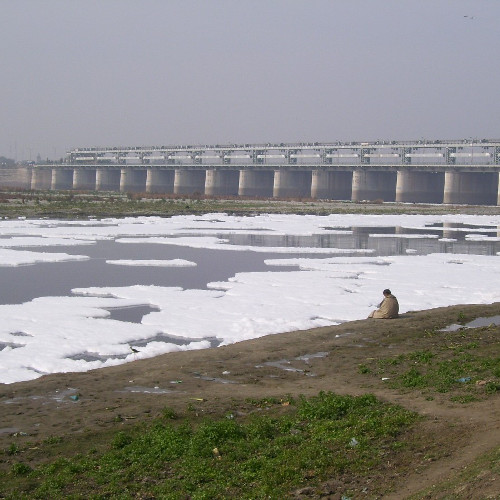 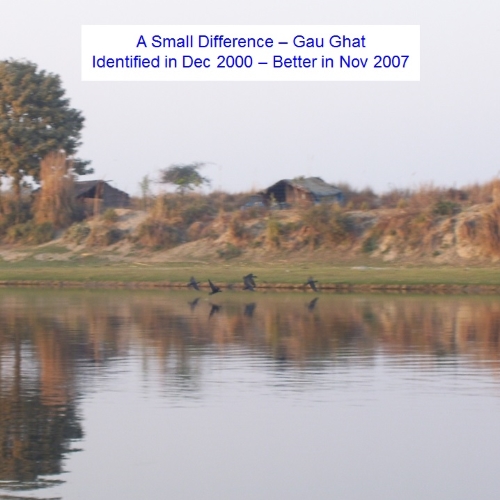 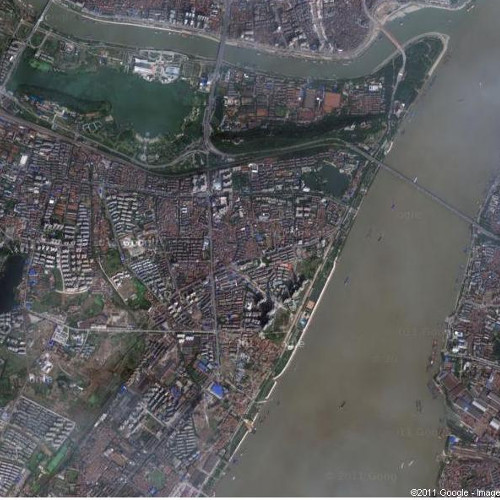 You can pay $15/ea. Shirts-S,M,L,XL,XXL and $10/ea. XS size Write the Number of Shirts and Sizes in the Message Box under Sponsorships and Orders below and email us at
you can pay for the shirt/s by clicking on the Donate button below. For local greater DC area we will arrange free delivery or pickup arrangements. For shipping we will charge the cost of shipping, usually $5 within US First class. 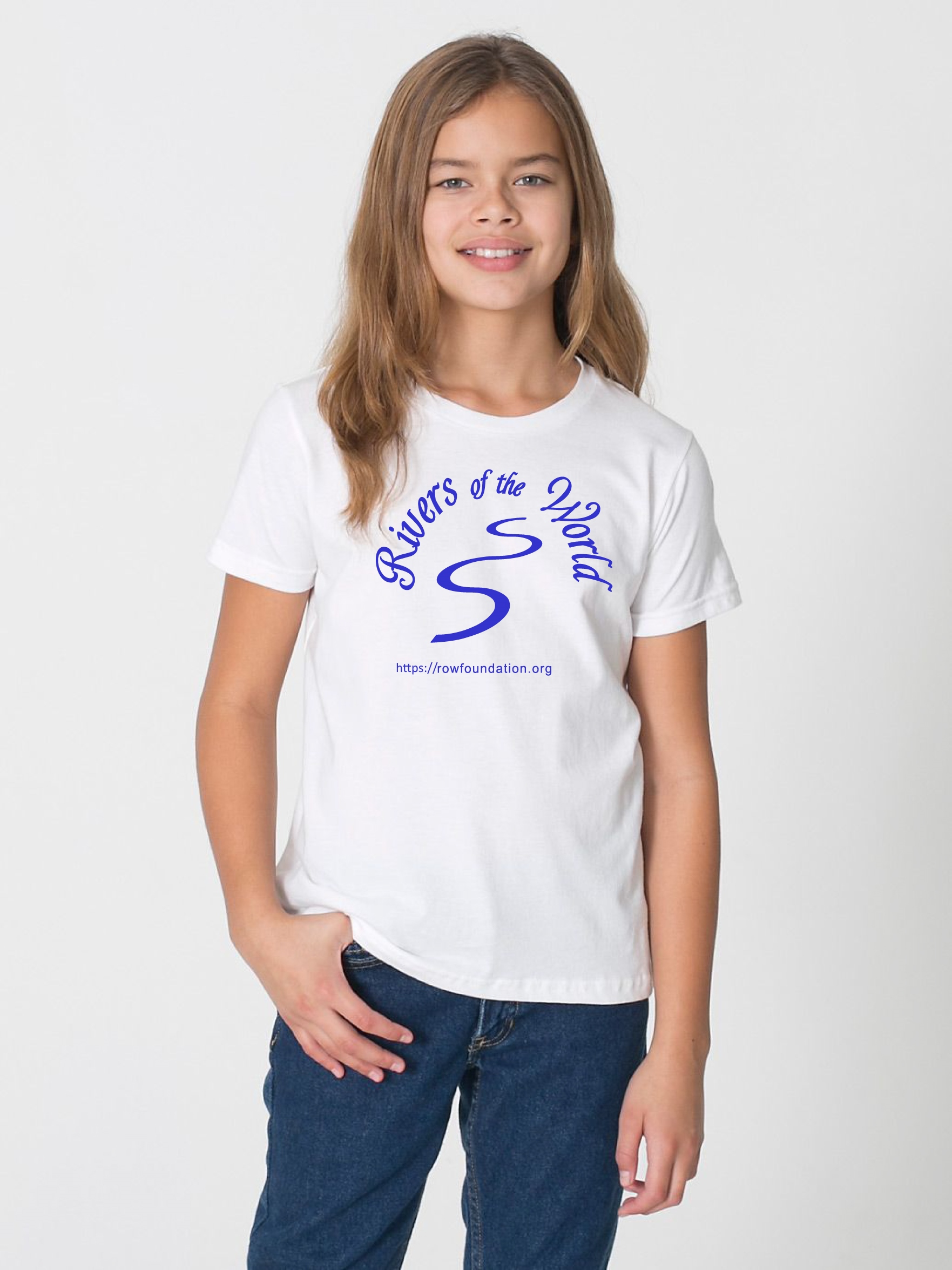 Click on the picture for details on the T-Shirts

To join the ROW Foundation, send a message below or contact us at the above email. You can send the T-shirt Sizes and Numbers under message to us plus your views/comments below:

We began with the World Water Day activity to cleanup the trash from the Baghmati River in 2012. Our founding director, Mr. Dutta visited Nepal in 1997, at the invitation of a fellow OU graduate. There on the way to trek in the Nine Peaks region, Dutta and a companion were guided by then 10-year-old Rajendra, the son of a village shop keeper in Baglang. Last April, after hearing of the devastating earthquake in Nepal, with the epicenter close to Sarangkot, Dutta was determined to extend a planned trip in June to see if Rajendra and his father had survived. Also the ROW team wanted to provide support on the ground and help the earthquake victims in a few villages and schools.

The Barak River flows on the north/northeast side of Silchar, Assam through a floodplain commonly known as the Barak Valley. It has been observed that during the past two decades the number of cancer cases in the area is increasing in significant proportion. Although, no particular cause of this increase have been positively identified, but exposures to chemicals that are Persistent, Bioaccumulative and Toxics (PBTs), and other such contaminants are likely factors contributing to this cause. To that end a reconnaissance of the Barak River was undertaken during February 3-5, 2011 where various intakes and discharges into the river were looked at and screening level measurements of water quality were conducted at various points to look into the changes in water quality between various intakes and discharges.

In response to a request from property owners Victor and Holly Wooten, Subijoy Dutta, PE, environmental engineer and Dick Lahn, stormwater management consultant, of Rivers of the World Foundation, visited the 150 acre site on Duck River near Only, Tennessee on August 8, 2009. The site visit was made during a nature camp by Victor Wooten and other naturalists who believed in harmonizing the music with nature. The Wooten’s issues/concerns are erosion of the Duck River bank creating sediment and threatening the River House; the quality of the water in the river and possible impact on the endangered species.

The Godavari originates 80 kilometres (50 mi) from the Arabian Sea in the Western Ghats of central India near Nasik in Maharashtra. It flows for 1,465 kilometres (910 mi), first eastwards across the Deccan Plateau then turns southeast, entering the West Godavari district and East Godavari district of Andhra Pradesh, until it splits into two watercourses that widen into a large river delta and flow into the Bay of Bengal. My first visit to the area was arranged during February 10-11, 2011 by Dr. Kamal Taori,..

On December 19, 2011 Ilonggo Senator Franklin M. Drilon has reported to the local business community and community leaders his short and long-term plans regarding the Iloilo River development projects. In his briefing to the press and business sector in Iloilo City, Drilon, supported by Mayor Jed Patrick Mabilog, itemized the projects to be undertaken until 2016. This event reflects the health of the Iloilo river watershed now, the progress it made in the past 5 years, and the where it should be 5 years from now.....

Gokul is a small town in Uttar Pradesh on the east side of the Yamuna River. Gokul is located 15 km south- east of Mathura in Uttar Pradesh. Being a small town, Gokul has a permanent population of about 8000 people. However, during the festivals such as Janmasthmi the floating population rises to as high as 500,000. With the help of Pawan Sharma we have gathered over 70 data points for the area. The status of wastewater discharges from Gokul area can be inferred from the pictures in the report.

It is about 23 years ago when I first got alerted by reading an article by James Gustave Speth, World Resources Institute, about the death of 1700 people and sufferance of several hundred thousands who drank the water from the Yamuna River in August 1987. This is when I thought about doing something to help improve the quality of water in the Yamuna River. I started to look at low cost treatment options to clean the drains discharging polluted water to the Yamuna River in greater Delhi area. That was a small step. A site (Gau Ghat) on the Yamuna River near Agra, which got partially restored due to our active persuasion, monitoring, and observation of serious pollution due to petroleum products is a good example of how your simple steps and actions can help the Yamuna River.

In 2010 we identified a few potential areas of assistance to improve and protect the water quality of the Yangtze River, China. We worked diligently with our primary coordinator, Ms. Zhao Hong in Wuhan city. As a follow up to our continued activities from 2010, we visited Wuhan City, China in 2013 and conducted water testing and monitoring of the Yangtze River in Wuhan City and upstream at various points till Yichang, near 3-Gorges Dam, about 420 Kms west of Wuhan City.
During our visit to Wuhan, we met with the Director of the Institute of Hydrobiology in Wuhan city and discussed about their research activities to protect and improve the declining population of the finless porpoise in the Yangtze River.
ROW volunteers from Wuhan City also organized a river workshop at a local college on January 19th, 2013. There was overwhelming interest amongst the participants. A number of students, faculties, and recent graduates spoke at the event.